This site is from Slush 2012. The content is old and not updated anymore!

Leading cloud-based mobile app platform Blaast made huge announcements on the mainstage of Slush yesterday afternoon.  Not only will it expand its offering from feature phones to entry-level Android devices but will also launch an Android service in collaboration with Sony Mobile and XL Axiata.

Using the revolutionary approach of running mobile apps in the cloud, and not on the device, Blaast brings rich, always-on apps to feature phones. The Blaast ecosystem consists of a vibrant 3rd party developer community, mobile operators and handset manufacturers whose goal is to provide high quality apps and user experience to mobile subscribers. 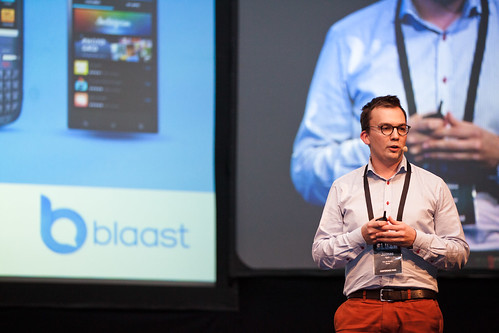 Tailored smartphone data packages for the first time in the world

Blaast introduces tailored data packages as a solution to match consumers need to use apps in an affordable and safe way with operator’s business model requirements.

The service will make its debut in Indonesia in collaboration with the key operator partner XL Axiata, the second biggest mobile operator in Indonesia who will offer an inexpensive unlimited Blaast Apps data plan for 5 USD / month with 20 locally popular apps.

“Blaast aims to be the consumer’s champion for using mobile apps. We want to offer people’s favourite apps for less data and less money around the world. The pre-installation of Blaast on Sony Xperia™ J and first availability through XL Axiata is a great milestone for us in reaching our vision,” said Joonas Hjelt, CEO and cofounder.